Over 50,000 supporters signed our letter to Prime Minister Theresa May, asking her to make a public commitment that our post-Brexit trade deals and business policies will tackle global poverty and deliver a fair deal to farmers and workers in developing countries.

On Thursday 1 December 2016 Fairtrade supporters and staff delivered a copy of the letter along with 50,057 signatures to Number 10 Downing Street.

We'll let you know when we receive a response from the Prime Minister. If you missed out in taking part in
this campaign, sign up here to receive our latest news, and be the first to find out about our next action. 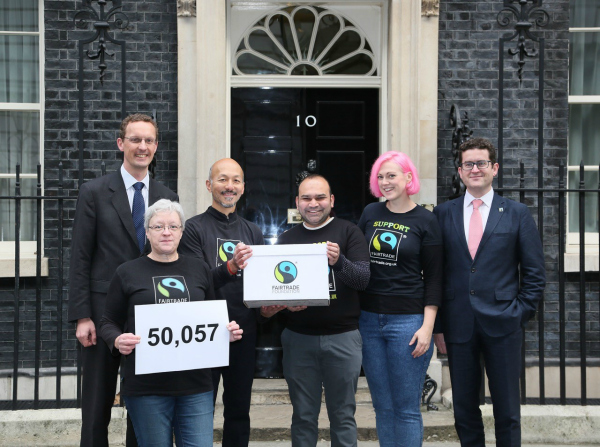